At a business event recently an architect asked us: ‘If you had to explain how you build a 40 storey structure on top of Victorian arches in 10 words….what would they be?’. After some considerable thought (not to mention the food and drink), we decided we could do it in four: ‘Picture frames and see-saws’.

Of course, you could never build such a structure directly on-top of masonry arches….so perhaps we were dodging the question. But what this means is…we had to develop ways of ‘punching’ through the existing brick structure. That is, we needed to create openings that we could then use to feed the columns of the tower through…past the existing layers of fill, backing and the 700mm thick brick barrel….and down on to the piled raft.

The openings couldn’t be too large though, or placed anywhere we liked…as there is a risk you could destabilise or damage the centuries old masonry.  What’s more, the method we used to break through the viaducts couldn’t make use of the new concrete frame. That is, the tower’s columns couldn’t be allowed to support, touch, push, pull, drag or pound onto the historic arch. The two had to be structurally independent.

So, this is where the picture frames come in. It’s an idea often used when making openings in vertical masonry walls (you may have even used one when building an extension to your house). The trick is making the frame stiff enough that it doesn’t deform (significantly) under the loads applied to it. That is, if it doesn’t bend and bow too much…the load distribution (or thrust lines) in the existing brick is not significantly affected by removing large sections of the structure.  In essence…the remaining brickwork never ‘feels’ that anything has changed.

Now the line of thrust in the wall of your house extension is vertical. With arches though, we are resisting more of a diagonal (and constantly changing) direction of thrust. The principle is the same though. You have to limit the deflections, so the stresses in the brick are relatively unaffected. Most of the picture frames we adopted on this project were formed in in-situ reinforced concrete. The design of these elements ensured that any movement was limited to less than 5mm. Funicular polygons, 2D analysis within the bespoke ‘ring’ software and a full blown 3D FEM analysis allowed the team to ensure that by adopting the stated deflection limits, the thrusts remained within the thickness of the arch and the magnitude of stress at an acceptable level.

Another interesting aspect in forming the picture frames on site was that they had to be cast within the curvature of the arch. This presented interesting challenges from both a detailing and buildability point of view. We had to make use of some very wise heads at Mayo’s civil engineering when developing details and schedules for the necessary curved reinforcing bars. Many hours on site and a full-scale prototype allowed the site team to correctly install and lap the reinforcing steel for the tricky geometrical shape within a confined workspace.

So how else did ‘framing’ the tall building’s columns through the listed structure influence or dictate our structural design? Well, most simply…we had to position the columns at the point of lowest thrust, that is at the apex of an arch. We also needed to keep the opening as small as possible in the direction of greatest thrust (i.e. perpendicular to the arch barrel). This design constraint was therefore telling us that the picture needed to be a rectangle. However, the bifurcating ‘mega’ columns for the tower (with 40 storeys rising above the arches) also make up part of the structure’s stability system.That is, they form portal (or goal post) structures and require a ‘fixed’ base at the pile cap. This ‘fixed’ or moment connection though is required to act in two directions. Unfortunately, this connection therefore needed to be square. Because of this, the columns have to transition from a square to a blade from ground to the underside of the arch. Consequentially, more intricate design, detailing and coordination with Domis, Mayos and their expert supply chain was therefore necessary.

So….where do the see-saws come in? Glad you asked….believe it or not, multi-span masonry arches effectively act like really big, really heavy, but perfectly balanced see-saws. Because of this you need to be very careful that one of the weights either side doesn’t get taken off. Luckily, ‘careful’ is what we do at Renaissance. The biggest challenge this balanced structural system presented was understanding and communicating how much of the ground on top of the arches we could dig away, in order for the Domis and Mayo teams to get down to and form the openings and accompanying picture frames.

Our funicular diagrams and arch analysis tools again allowed us to determine allowable trenching and excavation limits, as well as to agree a suitable construction sequence and communicate loading limits and distances relative to the excavations. Such analyses were particularly key when collaborating with the temporary works engineer (NK engineering) or justifying the construction sequence as part of the necessary CAT 3 checking procedure.

Interestingly, while keeping enough fill in place to balance the see-saw was imperative…it also caused us difficulties. You see, the majority of the thrust force in the brick arch is due to the weight of fill on top of the viaduct. But these forces (and the resulting stresses) were found to be too great when they were ‘funnelled’ through the Pymford stools we used to keep the arches stable while the picture frames were gaining strength (Pymford stools are a good idea from the good old days….and probably need a blog all to themselves). As such we needed a way to reduce the stress in the brickwork in the temporary case. In the end, we found the best way to do this was by careful and selective excavation. That is, removing enough load so the bearing stress on to the (surprisingly weak) brick is not exceeded, whilst ensuring the see-saw stays balanced.

On reflection, the principles are very simple. The skill I suppose is in making sure they are understood, quantified, considered, incorporated and communicated.

Take a look at these awesome pictures by the very talented Martene Rourke…they probably show better than my 1000 words how our see-saws and picture frames have let sun-light get in to this amazing space after hundreds of years. Simple principles, effectively executed…always considered engineering with renaissance. 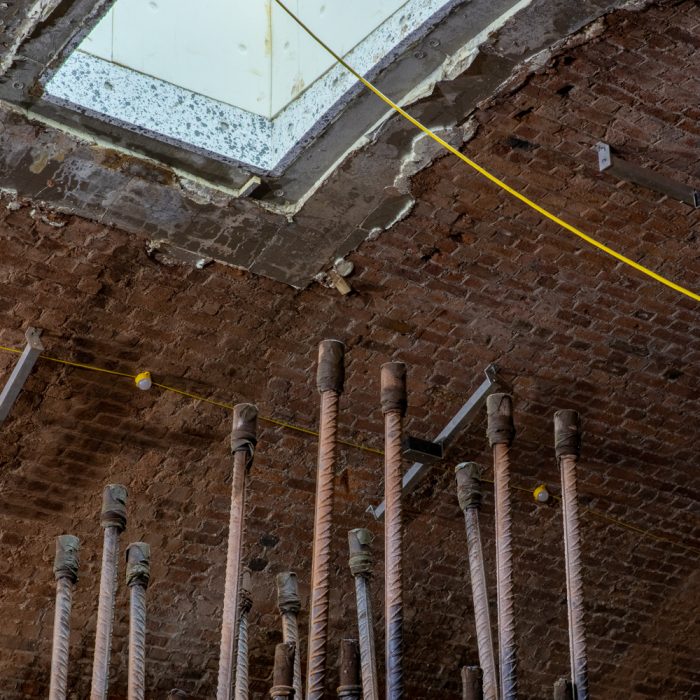 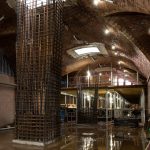 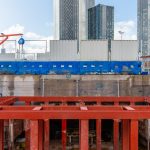 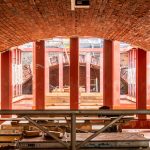 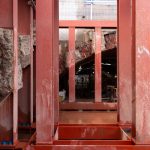 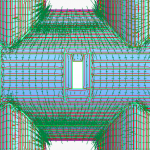 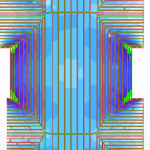 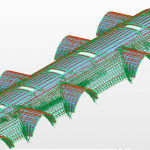